Shotgun Sports has been in the publishing and marketing business since 1979. We don’t appeal to just one discipline of shotgunning — we are read by shotgun enthusiasts from all the clay-target disciplines as well as hunters all across the country and all over the world. Our readers range in age from teens to retirees, from students to professionals, and they have discretionary income to spend on shotguns, shooting and related equipment. Our readers are very loyal and many have been subscribers since day one. We will place your ad in the issue for best exposure and can help you with ad design, if needed.

Kim is no stranger to Shotgun Sports or shotgunning. She has worked with her parents in almost every capacity on the magazine.

Under the tutelage of her mother, Publisher and Managing Editor Fredi Kodl, she learned the inner workings of putting together a popular and nationally recognized publication. She traveled to the Grand American for over a decade helping promote subscription sales and the popular products Shotgun Sports is known for. Kim knows her way around a shotgun, too. Of course, she should – her father, Frank Kodl, won the 1986 Clay Target Championship of America at the Grand American in Vandalia, Ohio.

Kim became Advertising Manager at Shotgun Sports in 2008. Always goal-oriented, she earned her bachelors degree in journalism at Sacramento State in 1993 and, a year later, was awarded her masters degree from Columbia University in New York City. After graduation, Kim became Managing Editor of Tennis Week magazine in Manhattan, which included tournament coverage traveling from Melbourne to Moscow. Kim returned “home” to the West in October 2000 to freelance for Sacramento and Inside Tennis magazines before taking on the responsibilities of Director of Media and Public Relations for the Sacramento Capitals Tennis Team.

Kim loves sports of all kinds — tennis, volleyball and hiking, to name a few. She still enjoys crushing targets and can hold her own on the trap and sporting clays ranges. 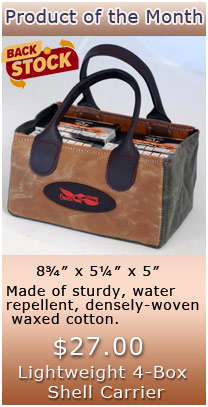