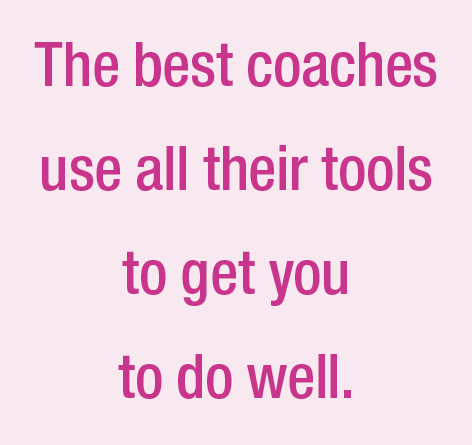 “A coach is someone who gives correction without causing resentment.” —John Wooden

My friend Dave is a rabid Buffalo Bills fan. By rabid, I mean he never listens to logic or accepts that the Packers are the greatest team in the history of the NFL. Maybe I am prejudiced, but I think logic should prevail.

Nonetheless, we began a discussion about the weird COVID-19 football games that have no fans in the seats when Dave asked me why we couldn’t hear the coaches yelling at the players from the sidelines. “You’d think we could hear everything in spite of the fake crowd noises,” he said.

The reasons why are pretty mundane. During normal times, a quarterback or linebacker could not hear the coach due to the noise, and hand signals are much more precise and accurate since a voice could be distorted and the wrong information given out. Besides, coaches do yell but mostly on the sideline when frustrated with a player who should know better.

There are coaches who yell because they are jerks or don’t have very many tools to coach with, but for the most part, raising their voices is a way to emphasize a point while imparting some stress to the player. While this sounds unproductive on the surface, there is often a method to the madness.

All sports have a hierarchy of talent and skill. At the beginner’s level, most coaching is reaching the fundamentals and playing games that are not crucial. In the process, a beginner learns if they are suited for the sport. Teaching a group of beginners means there will be a broad spectrum of both interest and talent for the sport. Coaches will raise their voices to get the attention of a lot of the pupils. In general, this is not due to frustration but to practicality. It is hard to teach if a person is playing with their smartphone.

At the next level, which is usually the first organized level of competition, those who are not interested or motivated have dropped out and those who are left have some basic technique. At this point, more sophisticated coaching is needed, including the introduction of stress into a coaching regimen. This is where you should first hear yelling that is not due to frustration.

The transition from youth sports,whose purpose is supposed to be an introduction to a sport, to competitive sports is accompanied by our old nemesis, match pressure. At this point, basic skills have been imparted, talent levels start to manifest themselves and coaches are supposed to prepare their athletes to win. The latter is the reason why match stress starts to happen; competition requires a loser and a winner. Yelling can help athletes deal with match stress, but there is yelling and then there is yelling.

At the very basic levels, yelling at a student does very little to help them improve. Learning skills should involve making mistakes then correcting them. If a child is yelled at for a mistake, then they tend to shy away from trying new things or even wanting to continue. On the other hand, if a coach corrects and sets a plan for the athlete to monitor and self-correct in the future, the likelihood of improvement is much greater. The idea of self-correction is important because it is the basis of most improvement.

On the other hand, if a coach raises his voice in order to be heard, that kind of yelling may have a salutary effect. Why a coach yells and what it accomplishes should tell you if yelling is a good thing or not. Most of the time yelling has a purpose.

Most coaches don’t yell that much. They are trying to both teach the athlete and make sure their team wins. In individual sports, coaches are there to help with planning and development. These are similar goals and, as you improve and move up in the game, athletes tend to start doing the same things to prepare for competition.

By the time an athlete reaches college level, they have been taught the basics, have learned how to improve on their own and are facing much tougher competition. At each level (high school, college, pros), there is a sharp delineation as to who goes on. For example, the odds of a basketball player in college making it in the NBA is 0.03%. Just getting a college scholarship from high school is a single digit affair. Dropout rates are brutal.

This also means coaching has to change and athletes have to become more sophisticated in their approach to both the technical and mental games. There are good and bad yellers at the college level, but if a coach has to yell out of frustration, it usually means he (the coach) is not doing his job.

When used properly, raising your voice is a positive. It helps impart some stress, but it has to be done with teaching a solution that helps deal with stress. Coaches have a lot of influence on players, and at the upper levels, where there is much more collaboration between coaches and players, a frown may give as much information to the athlete as a loud voice.

Yelling behavior indicates an opportunity for the athlete to learn. Stressing a player in the planning-and-practice stage gives them a chance to deal with pressure based on their own strengths and techniques that are safe but real. At some point, a well-coached athlete will realize this, and a good coach will be able to use his apparent displeasure as a tool to help the athlete advance.

Yelling usually has one predictable effect, it makes the athlete feel bad. While this is often not the intent, it is an automatic response. If an athlete realizes this, he can use it to his advantage by marking the response and finding ways to counter it. The same feelings will occur in a match. Non-logical responses to match pressure is a given.

This only works if the coach is not a jerk.

One of the things you will see with well-coached teams is how they deal with stress on game day. Coaches are well aware of their role in getting a team or athlete in the right mindset on game day. The process starts immediately after the last game, as the coach starts to look towards the next encounter. The coach’s job is to wipe out the immediate aftermath of the game and to maneuver a winning spirit into the next week of practice.

The idea is to give the athlete a little time for relaxation, then start focusing on the next game in a predictable and incremental way. This is done by going over what happened in the last game, setting practice goals to shore up the strong points and minimize the weak points and to point the mental focus on performing well in the next game. It is assumed the player has the basics and the game IQ to do the right thing, he just has to guide them in the right direction.

It is up to the coach to make sure they use these qualities at game time. Sometimes you have to yell to motivate, something negative feelings (and the response to them) can do.

If you have a regular shoot during the season, you can take a lesson from this. When you see professional players of any sport get off the bus, they almost always have headphones on. This it to help them get into game mode by isolating them from outside noises and letting them focus only on their team and eventually the game. They have spent the week sharpening their skills and learning the game plan. Ideally, they are invested in the coach’s vision and able to fill the roles needed to make it happen. Each practice lets them absorb more of the game plan until it is second nature.

On game day they are ready. Only the final focusing is needed and that is usually the same thing each time starting with relaxation and isolation and proceeding to locker-room rituals and warm up.

When the game starts, they are ready.

Shotgun shooters can use the same methods. The primary goal of elite shooters is to have a perfect performance. A perfect score will follow but you have to be able to deal with stress in practice, find ways to make your game better for the upcoming match and focus slowly as you approach the time to shoot.

While each shooter is a little different, by the time you shoot, you should have the capability of being automatic while concentrating on targets and performance. This does not happen by just going to a match, you have to start well before that time and bring yourself to a performance peak, especially mentally.

This may require getting yelled at by a coach, a mentor or, most often, you. It doesn’t have to be very loud, it certainly should not be abusive, but it does have to be effective as a way to get you back on track and motivated.

The best coaches use all their tools to get you to do well. Sometimes this means yelling. SS

Dr. Keyes has written over 250 articles on mental training for Shotgun Sports and is author of the book Mental Training For The Shotgun Sports available on page 36. He is a former physician for the U.S. Shooting Team, retired Colonel from the Army Reserve and a veteran of Viet Nam and Desert Storm. A Tennessee state pistol champion and coach of several national championship teams, he is retired from his practice in Victor, New York. You can e-mail him at michaelkeyes12@gmail.com. 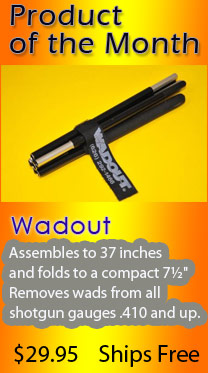