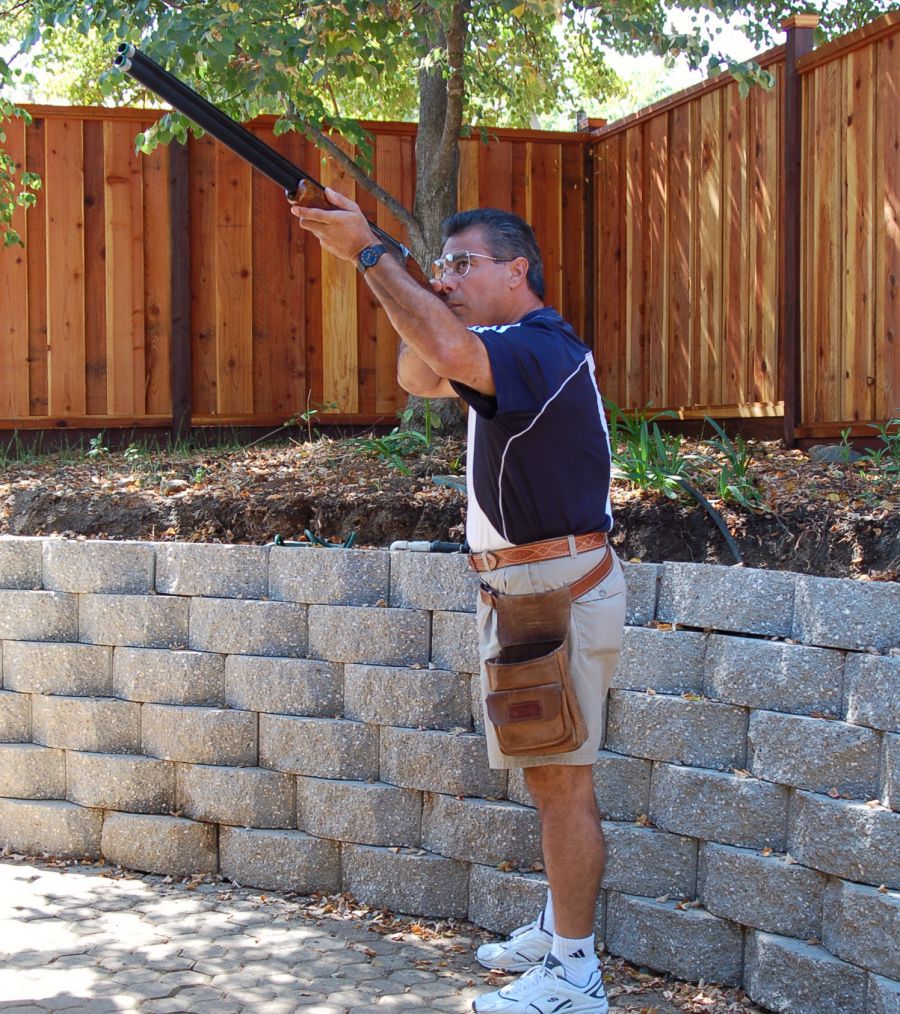 “By adopting a certain physical posture, a resonant chord is struck in spirit.” —Bruce Lee

By now, many of you have figured out I am a musician. I have used this experience to illustrate some of the principles of mental training since not only has a lot of the research into performance been done with musicians, but it is a good way to explain issues as most of you are familiar with what musicians do.

This time I’m not going to use research with musicians directly but use my own experience and another study to show what can happen with some simple changes in how you shoot. It turns out there is some very good science that shows this happening, hard science based on MRI studies and brain function. My interest started out with a remark by my wife.

My main instrument for over 40 years has been the mandolin. I’ve played bluegrass, old-time music and Irish/Scottish traditional music with it. The problem I’ve had with the latter styles is the mandolin is not loud enough to play in a large group of musicians and still be heard. While this may seem like a positive — especially if I screw up — I eventually decided to play the tenor banjo instead.

I won’t go into the details, but the tenor banjo and mandolin are very different instruments to play, and I was a little intimidated to start the banjo. One day, while I was practicing the mandolin, Joyce remarked I seemed “much happier” playing the mandolin.

When I asked her to explain, she pointed out I was more relaxed, my playing was more fluid and I “had a smile” on my face. I decided to test this by videoing my playing, and it was true. Not only did I smile with the mandolin (and grimaced with the banjo), but my posture was relaxed and I played better and faster on the mandolin.

Eventually I realized I was letting tension get to me, and it was affecting my playing. I also realized when I started to play the banjo, I looked at it as a difficult thing to do and was constantly worried I would make a mistake. When I was with friends (the remarks my wife made were about me being on stage), my banjo playing became more fluid and I tended to forget the mechanics of the instrument and just played music. This led to an occasional zone experience, something I had more of with the mandolin. My attitude towards playing the banjo had a significant effect on my performance.

It dawned on me if I tried to change my posture — music teachers are always going on about posture, now I know why — it might make my music better. My scientific side said this was a dumb idea, you can’t force these things with a physical change, but I was wrong.

Flash forward to an article a friend of mine, Noa Kageyama, Ph.D. of the Julliard School of Music, wrote about the same thing that led me to a paper that explained much of why this was true. A 2018 article in the journal Neuroregulation by Erik Peper, et al showed students who sat up straight did better at a difficult math task than those who slouched. This is a simple explanation of the paper, however, as it went deeply into the science behind what was happening and to issues that seem to be similar to how match stress affects shooters.

Of course, the authors did not have shooters in mind, but they did touch on how a variety of factors affect performance, including pre-conceptions about performance and using a more objective evaluation of abilities and the situation to make changes.

Basically, this had to do with how we think about ourselves when we are in a match situation and how it affects our performance. They also looked at some ways to combat these issues, one of which was remarkably simple.

In another article I discussed the difference between challenge response and the threat response to match pressure. In it, I pointed out there were significant physiological and hormonal changes that were different from one another with an increase in cortisol, the hormone associated with anxiety, being present in the threat response. Match pressure is almost always weighted in favor of the threat response, but many shooters come into a match already pointing in this direction. The reason for this is something called a social-evaluation threat (SET).

Social-evaluation threats are a stereotypical response to stress that occur because of preconceived ideas a person has. These are often part of the social mix of a society and are ideas that are prevalent but may not be true. A good example is girls are not good at math when all the studies show boys and girls are equal in their abilities until there are specific situations where girls are discouraged from trying. In competitive rifle shooting and the 1992 Olympics (where a woman, Zhang Shan, won the gold medal in skeet), this has been shown not to be the case, and we all have seen “beaten by a girl” buttons worn at matches. Nonetheless, the way matches are set up can contribute to stereotyping.

Beginning and intermediate level shooters are placed in classes in our systems of shooting, which can have the effect of placing limits on how far a shooter is willing to go to advance their skill and knowledge levels. A lot of shooters feel safe in their classes because not only do they have a chance to succeed, but they have fewer opponents.

This is not to say the class system is responsible for shooters not improving, it isn’t, but the classes set up the parameters for stereotyping that shooters themselves determine in their minds. Ironically, these preconceived ideas are perpetuated in some cases by success in the class. This is not true of all shooters, of course, and the distinction between potential and reality has to be made if improvement is to happen. After all, there are some shooters who are not going to improve enough to break out of the class.

We all know at each natural breakpoint in a skill, there is a significant drop in the number who advance. There are tens of millions of golfers in the United States, yet only 125 or so of them play in the professional tournaments. That combination of talent, training and environmental factors is not shared by all. In fact, only a few are so blessed. But we all have some of those factors and we can improve to our best level with the right training and technique. This is where the idea of negative evaluative self-talk (NEST) comes in.

NEST occurs when negative ideas come not as an automatic stereotype but as a hard look at what you can do and the task in front of you. If you are asked to run a sub two-hour marathon and have never trained for it, your negative thoughts on success are based on reality. A shooter whose practice scores are not consistent enough to score well in a match should not expect to win the match but try to find out what needs to be done in order to do so. A class win would be great, but there is more work to be done.

In contrast, a SET response sees competition as a chance to demonstrate incompetence in public (the way this would be viewed if there is a stereotypical thought about performance), a response that is totally different and the science shows this.

Just as there is a difference in hormone levels and blood pressure in the challenge versus threat response to match pressure, persons with a SET response have different brain functioning than persons who use a NEST response. SET responses have been shown to increase anxiety through activation of the part of the brain responsible for the fear response resulting in cognitive inflexibility. NEST responses are just the opposite. They tend to activate other parts of the brain that look for answers to the problem, and NEST responders are much more likely to improve performance.

One significant finding with SET thinkers is they show a deterioration in posture. They tend to slouch, they have a number of chronic changes in how muscles are used, and they also show other changes such as increased cortisol and lowered testosterone. Not only is there an acute change, but there are chronic changes that occur.

Several studies have shown by simply teaching a person to use better posture, they can change this mindset from the SET style to the NEST style. One study showed positive thoughts were much more easily maintained if a person showed an upright confident posture than if that person was slouching and appeared submissive. As they learned to do this automatically, the incidence of harmful negative thinking diminished under stress. This study has been reproduced several other times.

When I tried this with the banjo, I found it worked pretty well. If I reminded myself to be more confident and physically changed my posture on stage, it worked well for me. Shooters tend to get into a flexed posture when shooting under pressure, and they usually don’t notice it. One way to help deal with this is to video yourself shooting in a match and then adjust accordingly.

Posture appears to have a significant effect on positive thinking and also appears to switch thinking styles from tending towards total negativity/threat response to the challenge/improvement mode. I used to think this was just an idea my teachers stated to get me to sit up straight, but the science is there and the results are very positive.