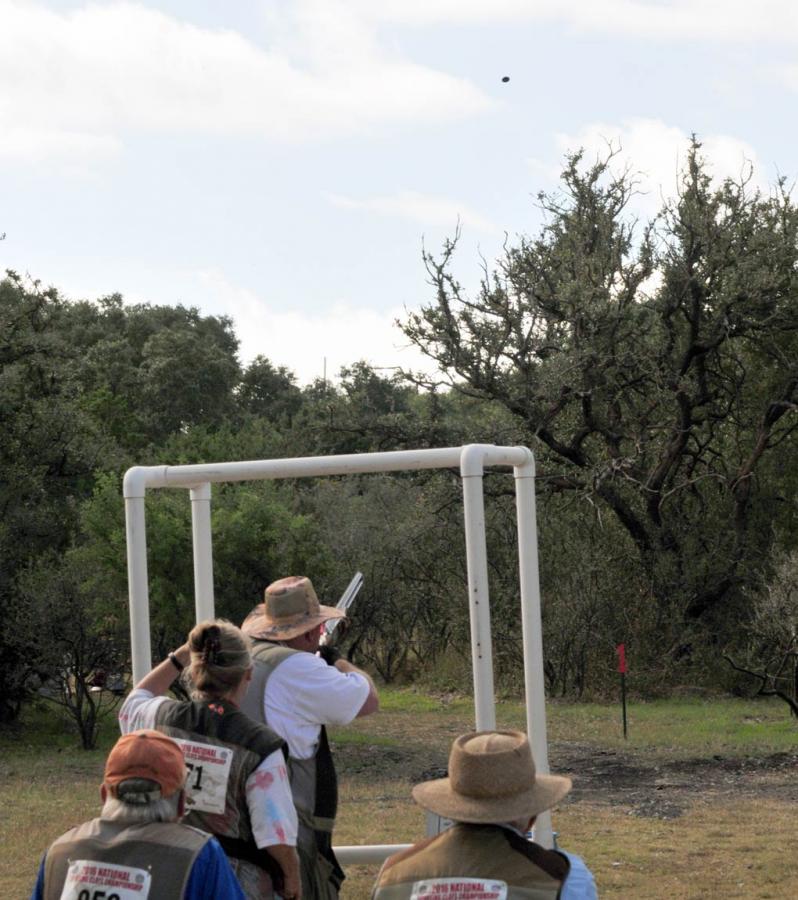 The problem is at any one time the level of competitive ability is dependent on how well prepared you are and how skillful you are. It all comes down to planning and executing that plan.

While doing research for a book I am writing, I came across a number of papers that studied how people prepare for projects or develop business plans. There were a lot of good ideas offered, but one of the most interesting things I found out is a lot of businesses are failures in spite of good plans and good execution of those plans.

The reason I found this so interesting is, for the most part, competition shooters are also failures but at a much higher rate than businesses.

Of course, this only works if you are using the metric of who wins a match (the others being failures to win.) Looked at in another way, most of us are either achieving our goals or are on our way and, as long as we continue to be positive, we are winners, too. While this attitude is a good way to continue through the tough times of training to get better, it has limitations.

The problem is at any one time the level of competitive ability is dependent on how well prepared you are and how skillful you are. It all comes down to planning and executing that plan.

Becoming an expert shooter is not an easy task. You have to learn a number of skills, practice a lot and it really helps to have a coach or a mentor of some sort to show you the way and help with performance evaluation. That latter is the key to improvement for most of us because we are not all born with the full genetic complement that makes great shooters. Therefore, we have to compensate by developing our brains and bodies until we are more or less automatic. This means there are (literally) thousands of little things we have to learn and practice until they coalesce into a unified whole that makes us good shooters.

Since there are thousands of things to learn, that means there are probably tens of thousands of things out there we have to unlearn or avoid. Hence, the mentor or coach needed to guide us on our way. Scientists call that other stuff “noise” because it is loud, messy and blocks improvement by causing distraction and errors.

We are lucky competitive shooting is a closed system. This means there are only a finite number of things that can happen, and the rules are such most problems can be anticipated. It also means the rules give a pretty good guideline to success: follow the rules and perform. You should be successful.

Of course, this never works out the way we plan it, and the reason is noise.

Noise is introduced in a variety of ways. The first way is through a lack of a good filter when learning the skills of competitive shooting. There are standard techniques that have stood the test of time and are taught to beginners. While these techniques may change over time, they are the result of consensus and represent the most efficient way to shoot. None of these are necessarily the “right way”, and most experts have a small armory of techniques they use according to the situation. Standard techniques have a way of being morphed into specific individual styles at the upper ends of expertise. The key is to make sure they are precise, consistent and accurate. This is not an easy task, and many of us find we bounce back and forth and use methods in a more haphazard way. This is technical noise, too much stuff that often translates into less-than-automatic shooting, accompanied by active thinking about technique that interferes with performance.

The second noisemaker is simple mechanics. Equipment failure, poor-fitting shotguns, background, weather, new venues and a host of other outside forces can change the way a match is shot or interfere with whatever is normal for you. All of these are observable phenomenon and very few are unknown, even if they are not predicted.

The third element that can interfere is psychological. This can consist of match stress or reactions to the other noisemakers (or both), which introduce automatic thoughts and/or change your point of view about what is happening in a match.

Some of this noise is unpleasant, some of it is fascinating and some of it is hidden. All of it is predictable in a closed system like shotgun competition. This is an important point because it means that, theoretically at least, you should be able to prepare for such events and decrease the noise by practicing well and performing well when the time comes. That’s the theory; in real life, it doesn’t happen that way.

In general, our brains are wired to expect success and to avoid pain and suffering. The fight-or-flight response is a good example of this. In times of perceived danger, we have a set of automatic responses to get us out of danger by running or fighting. We also have a perfectly normal response to unpleasant things called denial. If there is a problem that will not immediately affect us or is so short-term it goes away, we may just ignore it. Once out of sight, it is out of mind.

Other things are not immediate and are unpleasant. There is a possibility they may affect us, but since these are less likely, we simply ignore them entirely. While there is no reason to worry excessively over possibilities, they can come and bite us on the keister when we least expect them.

The common wisdom is in a closed system, like shotgun shooting, we should be able to prepare an answer to all of these predictable issues. I know I have written that a number of times in this column, and it is good advice, theoretically. It turns out theory and real life have this penchant for not agreeing with each other all the time.

Gary Klein, Ph.D., has studied this problem for decades in the world of the military and business. The noise I mentioned above has a way of introducing errors and mistakes that result in failures that seem to come out of nowhere for many. People are often blindsided by events or choices, and their responses can worsen the situation. In hindsight, the reasons for failure may seem obvious. However, that doesn’t help very much because it is after the fact. In many cases, an outside observer might question the thinking processes that lead to the failure while it is happening, but the primary actor does not see it then, even if warned. This is where denial is not a good thing. It causes people to ignore things they should plan for.

We all tend to see ourselves as logical beings who go with the evidence when we make important decisions. Dr. Klein's research, however, has shown we are far from that, especially in times of stress. We tend to be optimists before we perform, and we are often too involved or embarrassed to deal with the problems after the fact.

Doctors call trying to figure out what went wrong a postmortem because the patient is going to be the only one who does not benefit from this examination. The idea is to avoid making the same mistakes in the future, and for doctors that seems to work well. In the business world, not used to the intensity of life and death, it works in a less-efficient way.

It turns out doing a postmortem on a business failure is not helpful because of the tendency to avoid pain generated by failure and a built-in avoidance of things detrimental to self-esteem. Dr. Klein realized while a postmortem was not helpful in business, prospective hindsight was, and he has successfully used this method to help businesses learn from failure.

Prospective hindsight is a style of brainstorming. Instead of trying to come up with creative ideas for success, prospective hindsight assumes the project will fail and asks the participants to describe the failure in detail before it is planned in detail. The idea is to identify areas of risk and vulnerabilities that may not be obvious and develop a more sophisticated and predictive plan. It’s best to have a number of participants in order to have several points of view and to make sure there will be thinking outside the box, a necessary aspect of this method.

The idea is to find what will go wrong, why it might happen and how to avoid it. Because this is a prospective exercise, people are not going to be defensive or concerned about how they appear. That way, more realistic assessments can be done.

So how is this germane to shooting?

There are only so many things that can happen in a match, and most of us have experienced or seen them. We tend to avoid those things that are embarrassing or painful to us, and we fail to take them into consideration when we plan or practice. As a result, we fail to learn from our mistakes, thus missing out on the best way to improve or to plan to win. Prospective hindsight allows us to find those problems before they happen without the emotional baggage that loss and embarrassment bring. If we formulate a plan to deal with those challenges, we have a much better chance of getting past them and scoring more targets as a result.

Try this technique when you and your coach or mentor get together to help you improve. Remember, it takes several points of view to work and it has been shown to be very effective in avoiding surprises. Every little thing helps. SS