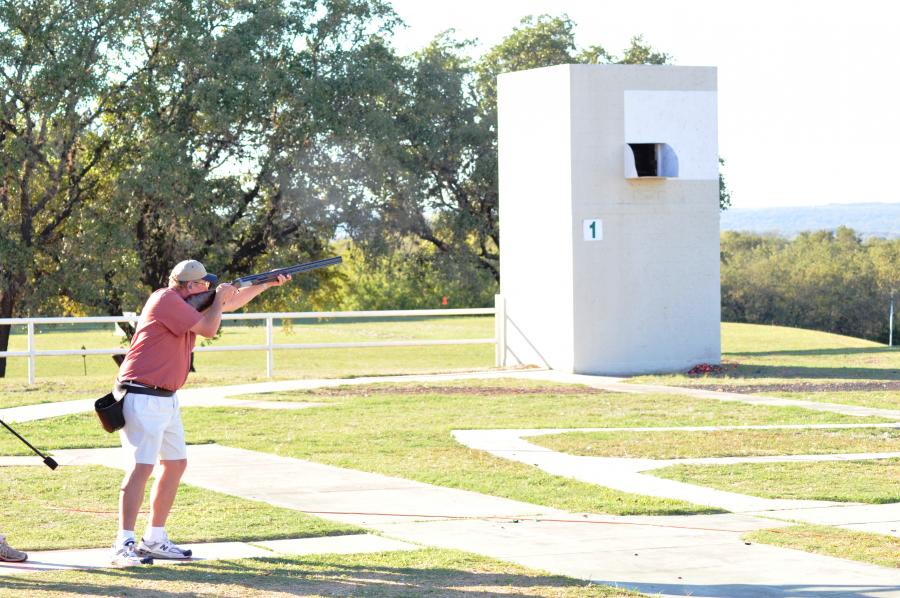 “I’ve failed over and over again and that’s why I succeed.”
—Michael Jordan

These days I go to the YMCA on a regular basis — I’m not getting any younger — and I notice there seems to be a perpetual basketball game which involves the same 30-something-year-old participants who clearly are either college-level players or high school stars. I mention these players because I noticed one thing about them: they seemed to be stuck at their ability levels, and the games were very predictable, at least as far as each player goes.

There’s the small quick guard who never misses a three-point shot (Why don’t they just let him shoot all the time?), the 6'7" power forward who weighs in at 170 pounds and a host of aggressive guards who can penetrate the lane but can’t finish. To be fair, these guys don’t even seem to keep score accurately, and they don’t count fouls unless blood is drawn, and I am pretty sure they don’t practice on their own.

What is obvious to me is they don’t seem to be affected by match pressure.

And why should they? They are organized enough to bring light and dark shirts to the court, and the teams are chosen by consensus in order to keep them even. There is no pressure to succeed; they are there for exercise and fun.

I contrasted this “league” with an NBA game I saw on television that went into three overtime periods. This game was intense, so intense LeBron James tweeted the game was extraordinary (not his words). But in the end, after all that effort, the game was over and that was it. Each team had another game in a few days and had to prepare. The huge amounts of stress this game produced while it was being played simply went out of their minds after a short period of time.

Contrasting these two sets of players may seem unfair, but the point is each group selected the environment they wanted and each of them was successful as a result. The YMCA players don’t need to suffer from match pressure, they just want to have fun. The NBA players need to have that stress, they are selected to thrive on it and they train to improve and deal with it.

There are reasons for this, of course, but the main point I want to make is the level of stress is the norm for each group. By “norm”, I mean the expected level of stress never exceeds their ability to deal with it.

Match pressure is a hardwired part of the human experience. It occurs anytime a threat is perceived. The brain doesn’t make a distinction between what is actually threatening and what is not, so it occurs at times when danger is not real. The threat from a shooting match comes from the social context of the match, in other words, people are watching (or at least you think they are) and you have expectations probably beyond your capabilities (this is important, as we shall see). The social aspect comes from other hardwired issues, including the need to be part of a group and the ability of the brain to ignore things not positive. Ironically, if there is a threat to that expectation of a positive outcome, the brain automatically wants to change the environment by fleeing or fighting, mostly fleeing. In this state, people become extremely aware of their environment, are unable to focus and have predictable changes in body and brain function.

There is some dispute about the why of match pressure, but concerning the what, there is no difference of opinion. Match pressure is the “fight or flight” reaction. It discombobulates as a matter of course, and it causes enough changes in both brain and body that it interjects a different reality that can upset training and abilities.

So why doesn’t it affect NBA players, or for that matter, the YMCA players? Well, it does. One of the predictable aspects is match pressure affects everyone. The YMCA players know their limits and decrease the environmental triggers by not keeping score and playing “for fun.” Any effect match pressure might have is dissipated almost immediately after the game starts.

NBA players have the same response, but the level of stress could be much higher except for the fact they deal with it on a daily basis. A game is a game — this changes as the playoffs begin — and each player not only has developed ways to deal with the stress but continues to learn and improve all of his abilities, including how to deal with match pressure.

That last part is the key.

As I mentioned before, match pressure is predictable. We know when it will occur and what the effects are. The problem is a lot of us don’t want to address the problem because of another hardwired issue, denial. Denial is a common way to avoid troubling issues and we all use it from time to time, especially if the issue is not important to our lives. As a result, if we do poorly in a match due to match pressure, we have a tendency to forget it rather than learn from it.

In the NBA, this is not possible. Too much money is at stake and, if you don’t constantly improve, your job may be, too. So players find ways to get better, which means they find ways to deal with match pressure.

One of those ways is to accept it is going to happen. This does not mean giving up, rather it means the knowledge of match pressure allows you not to be taken by surprise. Match pressure has a way of accelerating once it starts and, unless you do something to alter the effects, it can escalate.

This means you have to not only experience match pressure time and again, i.e. going to matches frequently and trying to duplicate stressors in practice, but when you do, find solutions to the triggers of match pressure. Often these triggers are a venue change or change in the level of importance in a match. The known effects of match pressure include negative thinking, accelerated heart rate, sweating, flexing of all the muscles and poor concentration. The antidotes to these problems are increased skills, including better knowledge of what is happening, analytic skills, relaxation skills and improved self-talk. A coach really helps if you are willing to follow his or her system. Recording what happens as you shoot, both with a diary and video can be very helpful, especially in post shoot analysis.

The difficulty is all of this takes motivation and a lot of shooters are not motivated to change.

Match pressure is not this evil entity lying in wait for you to screw up. It’s simply a natural response to taking a chance. Most of us take chances of some sort every day without triggering the harsh effects of match pressure because we are able to be comfortable in the circumstances. Just like those YMCA players who don’t even take free throws in their game. They are well within their confidence level, and they can predict with great accuracy what is going to happen. In effect, they have brought their environment to their skill levels. In the NBA, it is just the opposite, they raise their skill levels to the environment because the incentives are so much different.

Michael Jordan did not play the three-point field goal rule in college. In his rookie season, the first year of this rule in the NBA, he shot 9-52. At the end of his career, he was shooting 35%. These days there are players who not only shoot in the 40% range but are shooting that from 4' beyond the arc.

Skill acquisition is a key part of dealing with match pressure. The more skilled a shooter, the less cognitive time is used to deal with the triggers of stress and the more time you can devote to solutions to those triggers. While there will always be some match pressure, the main issue, which is usually negative thinking about skills, is moot if you truly have those skills. As you progress in your skills, you will also gain more precise knowledge about how they work and be able to recognize when they are not working well and can come up with solutions. Because shotgun shooting has a fair amount of leeway due to shot patterns and predictable targets, small deviations from a good skill set can still result in a broken target. The ability to know when things are slipping before that miss occurs is part and parcel of good skills. By having the confidence, you can recover, even with a miss. Then the specter of match pressure is diminished.

Shotgun sports are closed systems. This means by rule there are only a few things that can happen in a shotgun game, and perfection in scoring can be reached. A target is either broken or not (I know, judges) so you can concentrate on technique that is going to make sure a target breaks. Since these techniques are well-known, automating them is easier than in other sports that have numerous variables (golf, for example), so acquiring and assimilating these methods is straightforward. By doing this, you meet the environment and challenge it, just like the NBA players.

Skill acquisition is not the only way to deal with match pressure, but it takes you a very long way towards dealing with it effectively. Having skills leads to confidence. Confidence leads to consistency. Consistency leads to hitting targets even in the face of stress. SS