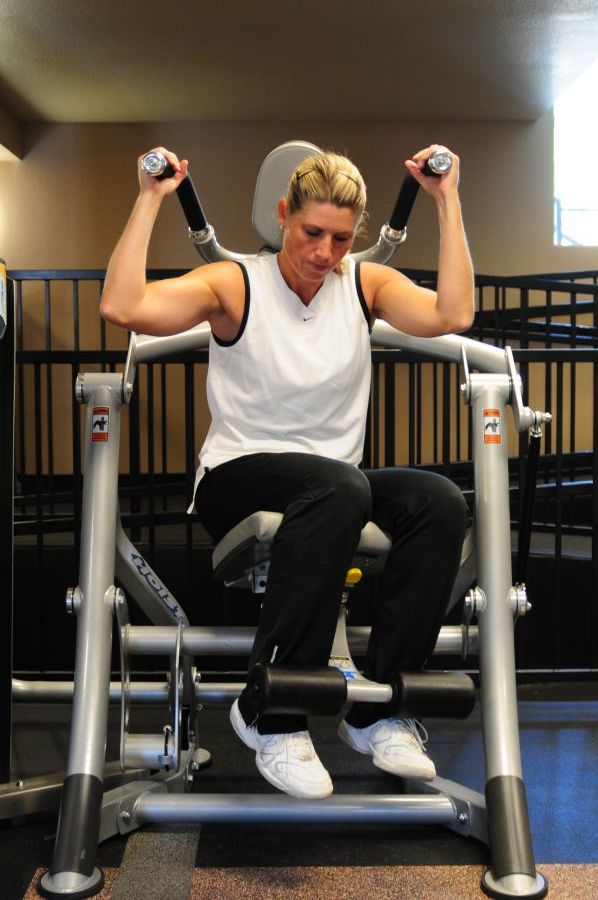 “For every complex problem there is an answer that is clear, simple, and wrong.” —H.L. Mencken

One of the most frustrating things to me about discussing performance is the thought that all anyone has to do to get to the top of anything is to work harder than the next person. The next most annoying thing is to have people tell me the reason why this happens is the person in question has “talent” that can’t be duplicated by the speaker and there is no need to work hard because it won’t help.

These are prevalent attitudes, so much so that serious books and serious research have come to the conclusion talent either doesn’t exist or doesn’t matter — mostly written by cherry-picking the data or ignoring it. On the other hand, sports fans will castigate some NBA players for not having enough talent because there seems to be a distinct hierarchy among players at that level when it is obvious every one of the players are the distillation of millions of hopefuls.

As a result, there is a common argument it is either nature or nurture that causes success in any kind of performance. And, like all simple answers to complex questions, that argument is wrong.

One of the reasons for this meme’s existence is the thought that while talent is fixed and either there or not, hard work is a voluntary function of the performer. You either have talent for shotgunning or you don’t. Sure, a good coach can teach someone the basics, but only the talented go on to compete. This is in spite of the fact shotgun competitions have a wide range of performance and score results that are predictable and well-documented. The interesting part is no matter how much you narrow the classes down, there will still be a more or less normal distribution of results.

Why is this interesting? Because it shows what’s really going on while we debate.

Since about 1995 we have been able to figure out the human genome and look at various markers to see how they correlate with traits. It turns out there are a bunch of these markers (called single nucleotide polymorphisms or SNPs) that have a significant relationship with any traits which include athletic ability, disease or almost anything we perceive as distributed among humans. For example, there are over 200 known SNPs related to athletic ability. If you have the right stuff, the SNPs that are positive for these abilities in the right numbers, then you can have “talent” in some domain that requires athletic ability.

Let’s do the math.

For each of these SNPs, there is a second one that accompanies it. The second SNP may or may not have the same positive amino acid arrangement as the first, so then there is a 50/50 chance the trait being looked at will either be normal or more positive. Just to complicate things, a mixed set may show a trait in the middle or either the positive or normal trait. To further complicate things, some people have zero, one or more than two of these similar SNPs.

Sticking with the expected two SNPs per human, if there are 200 SNP pairs defining a trait, then there are two to the four-hundredth power (a gigantic number) possibilities of SNP arrangements. To put it in perspective, if you are Michael Jordan, you have won the genetic lottery and are at the far end of the bell-shaped curve, which in turn means you have a lot of the positive SNPs needed to be the best player of his generation. This is a rare event. More importantly, these SNPs are in a distribution so the likelihood of two people having the exact same pattern is extremely small, even with identical twins. No one else is going to be like Mike.

That 200 number is just what we know. The real number is no doubt a lot higher.

The math is important because, by combining it with our nascent knowledge of genetics, we know an important part of becoming expert at anything is related to our genetic material. We also know that “talent” as a singular thing does not exist. Rather it is a continuum and the greater the potential, the rarer it is.

Your grandmother could have told you this 50 years ago; the math just verifies what we have known all along. We’ve also always known there are only a few outstanding performers in any field.

Here is where it becomes complex. If Michael Jordan had been born in 1776, he would have never become a great NBA player mostly because he would not have been exposed to the sport or the league. Scientists call this the genotype/phenotype difference, the phenotype being what happens when the genetic potential meets the real world. The real world being the key.

Most of us have a talent load (the mixture of positive and normal SNPs for traits) that falls somewhere in the middle of the bell-shaped curve. If you are fortunate enough to be in the 75th percentile (higher than 75% of the rest), then you probably will be designated as talented. Talent loads like this are usually obvious to any observer, be it in school or on the sports field. Anyone in the 90th percentile and above will be noticed very early, which is important.

There was an interesting study done on world-class sprinters that asked how old they were when they knew they were fast. Every one of them said they were always faster than anyone else, and this was noticed by coaches and others early on. As a result, they were trained and mentored much earlier than most other sprinters. Early training is a crucial point in the development of world-class athletes. The same is true in any domain, a high-talent load leads to earlier training which in turn speeds up the process of mastery.

Nature gives a small number of people an advantage in the beginning that can last for a long time, so what about the rest of us?

The most influential of the “talent does not exist” crowd did make a crucial observation — that deliberate focused work resulted in improvement. That improvement is often the crucial difference between performers who appear equal in the beginning. There are several reasons for this.

The first is humans are wired to change and improve under specific conditions of stress. The most common way to improve is to push yourself in a specific fashion to slightly over your limit, consolidate that improvement making it automatic and then move on to the next level. The specifics vary, of course, but the principle remains the same no matter what the performance issues are. When the brain and body are confronted with this type of deliberate work, they change by making skill levels better and more automatic.

Second, talent load is not immutable. If you are not exposed to the environment, a genetic advantage may lie fallow and never become a factor. More importantly, talent loads are not a simple thing. Most of the genetic factors we study are weak performers on their own. It is the accumulation of factors that makes a difference. Since some are more important than others, a simple count of these is not sufficient to know if a person will become an elite performer.

There are also other factors that come into play. Most of these are environmental, but some are built into the genetic load and don’t become important until certain conditions are met. For example, even though you may have a talent for speed, if you don’t have the requisite ability to improve muscle fitness through training, that speed factor may never mature. Training brings out these other genetic factors or may trigger what is called epigenetic factors that can switch a gene from active to passive or vice versa.

Deliberate focused training does exactly that.

So how is this germane to competitive shotgunning? At the top of the shooting pyramid are a number of prodigies who started off winning very early and continued to do so. But there are a lot of “late bloomers” out there who were good but not great in the beginning, but managed to have a breakthrough at some point and become outstanding shooters because the genetic material had not “matured” or become available until certain conditions were met.

I’ve been lucky enough to have been involved with several shooters who fit this bill. One, Don Luellen, was a rifle shooter in college and a Kansas state pistol champion. He was a very good shooter but still in the pack when he decided to become a national champion in Hunter Pistol. Don changed his mental, technical and physical training and eventually succeeded in meeting his goal after a lot of deliberate focused work.

Don was not the Michael Jordan of Hunter Pistol when he started off. (Michael Jordan was not the same person who became the best of the best when he started in the NBA, either.) But while he was not the absolutely most-talented shooter, he had a lot of talent and success early on in other types of shooting. One of the more-hidden talents was his ability to parse out what was important and how to develop it. He also had persistence and a need for perfection that was positive and helpful. In the process of training, he got much better and his ability to deal with stress improved to the point he was able to win a championship. Something few are able to accomplish.

I think the thing that made his journey to a national championship was the development of a deep passion for the sport and what had to be done to reach that state. Part of this was due to his training, but also he was able to work much harder at his task because something triggered a brain change that made this work seem less onerous. It is very likely the work itself revealed a genetic potential that was only going to be there when his work load reached a certain critical level.

I hope you are able to understand the relationship between nature and nurture a little better. It is not an adversarial one, instead it is a partnership which can lead to very good things if it is kept mutually supportive. This is the true essence of talent. SS