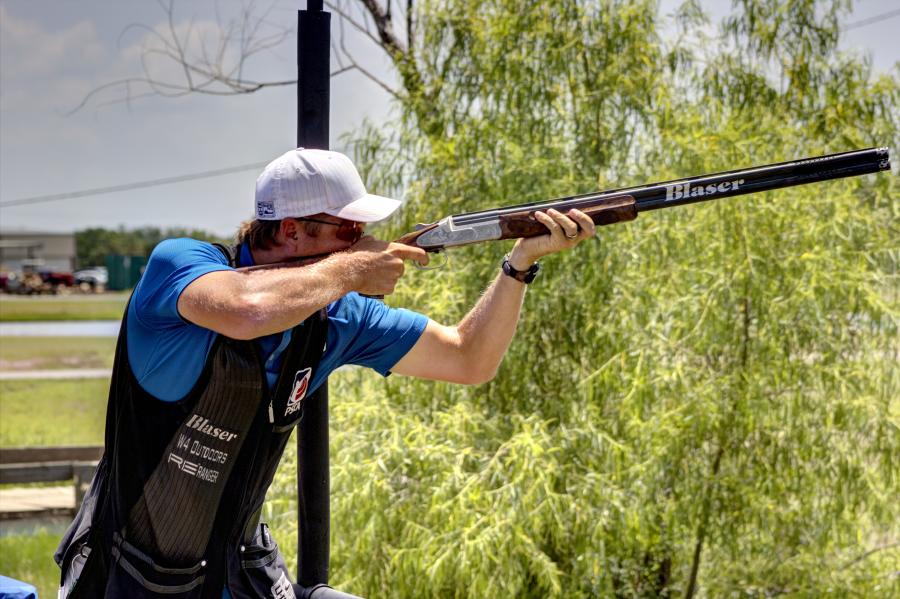 “We have met the enemy, and he is us.”
—Pogo creator Walt Kelly

My younger son, Roy, lives in Texas with his family. Those of you from Texas know there are only two seasons there, Football and Spring Football, and anything in between doesn’t count unless you win the NCAA men’s basketball tournament. Right now my sports intake on TV seems to be in that gray area of in-between. As a result, I have been watching a lot of basketball and golf.

Spoiler alert, I never enjoyed playing either of these games, but I love to watch them, for professional purposes only, of course. Over the years I have noticed a pattern in both sports, that the tense one-on-one situations in both sports — putts in golf and the free throw in basketball — seem to have become less of a lottery and more sure of a good outcome at the highest levels.

Sports psychologists have taken advantage of the simple outcomes both of these skills offer and studied golf and basketball quite a bit. They have tried to postulate why some athletes are not as affected by performance anxiety as others and why most of these athletes are at the top of their games.

This has turned out to be a frustrating task because most of these attempts focused on personality traits or mood, each of which was found to be a weak or non-existent answer to why top athletes do well. It turns out while there may be innate talents involved, training and exposure to the stress was very important.

I’ve mentioned “fight or flight” many times in this column, and I’ve also mentioned there seems to be a positive aspect to this reaction to stress that can be harnessed if caught early enough. In recent columns I’ve noted top-level athletes prepare themselves for games by a deliberate morphing into a “game face” state and by using a pre-set routine to get ready. In addition, these athletes try and get into a mindset that is positive and aggressive before the game starts. In spite of all these efforts, they still feel the automatic match pressure that accompanies any competitive event.

I’m not the only one who has noticed these phenomena, of course, and a number of researchers have made a lot of progress in discovering what is going on.

One of the prominent findings is what we have labeled as the “fight or flight” response is actually two different things. It has been demonstrated in the past that when people are threatened, their automatic physical response includes increases in epinephrine and a host of other hormonal and bodily changes. In 2009 it was noted there seemed to be two distinct responses that correlated with how athletes responded to performance anxiety. These were divided into “challenge” and “threat” states.

TPR is a measure of how much energy it takes to push blood through the vascular system. An increase means it is harder to get the blood to flow to the muscles and organs.

These findings are not just a litany of biomarkers, they are a guide to how athletes and their coaches can turn what seems to be an impediment (match pressure) into a positive. It turns out the positive emotions seen in the challenge state help to determine success in a stress situation while negative emotions alone affect decision-making, physical functioning, effort and attention in a negative fashion.

When a threat state gets out of hand, there seems to be very little we can do about it, at least at the time of the match. The normal threat response is to become anxious, to contract all the muscles — the flexors are more powerful so you go into a flex and crouch state, to have strong negative thoughts that come automatically and to lose focus. All of this happens at a crucial time when a shooter has to function very quickly and automatically.

Challenge states seem to do just the opposite. Athletes are alert but not paralyzed. Since TPR is decreased, there is greater blood flow to muscles and the brain, so they are able to function more smoothly and perceive things better. Automatic thoughts come, but because the emotional atmosphere is both positive and negative, these thoughts can be altered and automatic positive thoughts are available. Athletes’ bodies are in much better control, and they are able to take advantage of pre-shot rituals and visualization.

Athletes in a challenge state still feel the pressure and still have negative thoughts, but they are more capable of dealing with this stress because the challenge state does not cause emotional and physical paralysis.

The trick is to learn how to invoke the challenge state and then take advantage of the positive things it brings.

For most shooters, basic technique is not the problem. Shotgun shooting is basic physics: it takes a finite amount of time for a shot pattern to reach a moving target, and we have to make sure the two meet at the same place. Having solid basic technical skills makes this happen, but they have to be automated to the point a shooter doesn’t think about them. Many of us achieve this technical state; competition is what disrupts the process of winning.

Studies have shown the more skilled you are, the more likely you are to do very well in any sport. But studies also show the difference between masters of a sport and experts is not the technical skill or knowledge, but the ability to use them more efficiently and to do so under great pressure. Master level shooters have developed ways to bring on the challenge state instead of the threat state when the body and mind react to match pressure.

There is no simple way to guarantee a challenge state every time, but it usually boils down to confidence and automating competition skills. Shooting sports are closed systems. We know what will happen — in skeet, we know exactly what will happen — and there are only a few things that can change that are not part of the game but will affect how the game is played. The main one is match pressure which we should anticipate at all times and prepare for it.

We do this by developing a set of answers to the expected signs of threat mode. Visualization, task focus, one shot at a time and pre-shot rituals are a few of the tools that can be used while shooting. The ability to determine when match stress is getting to you is paramount.

Gregg Popovich, the Spurs coach and longest serving coach in the NBA, has no compunctions about calling a time-out a minute into the game if he thinks his team is not focusing well. Most coaches want to save the time-outs just in case, but the Spurs have learned the value of the interruption and the ability to refocus. Even though NBA teams all prep to get into the challenge zone, they can slip. Coach Popovich knows this and is able to keep the threat state away even if it means burning a time-out early on.

In order to learn competition skills, you have to compete a lot and then learn from your mistakes and positive times. Recognizing the antsy state cortisol brings on or the problems with all negative thoughts is a start. If you dismiss such an experience as “bad” and don’t learn from them, then you are going to repeat history. Each time it happens, and it will happen, find positive answers in self-talk, relaxation and visualization to counter these feelings before they become overwhelming. Seeing difficulties as challenges and not threats gets you halfway there. Developing a method of focus and patience as you go into a match will help you see it as a challenge. Have plans for the unexpected and work them when needed.

All of this takes a lot of work, practice and planning. At each practice you have to visualize what it is like to be under match pressure. It won’t duplicate the feelings, etc., but it will allow you to practice using positive emotions to counter the threat and it will let you have the mindset to feel this is a challenge each time you start a match.

Fight or flight is out, challenge or threat is in. Make sure all your matches are challenges. SS