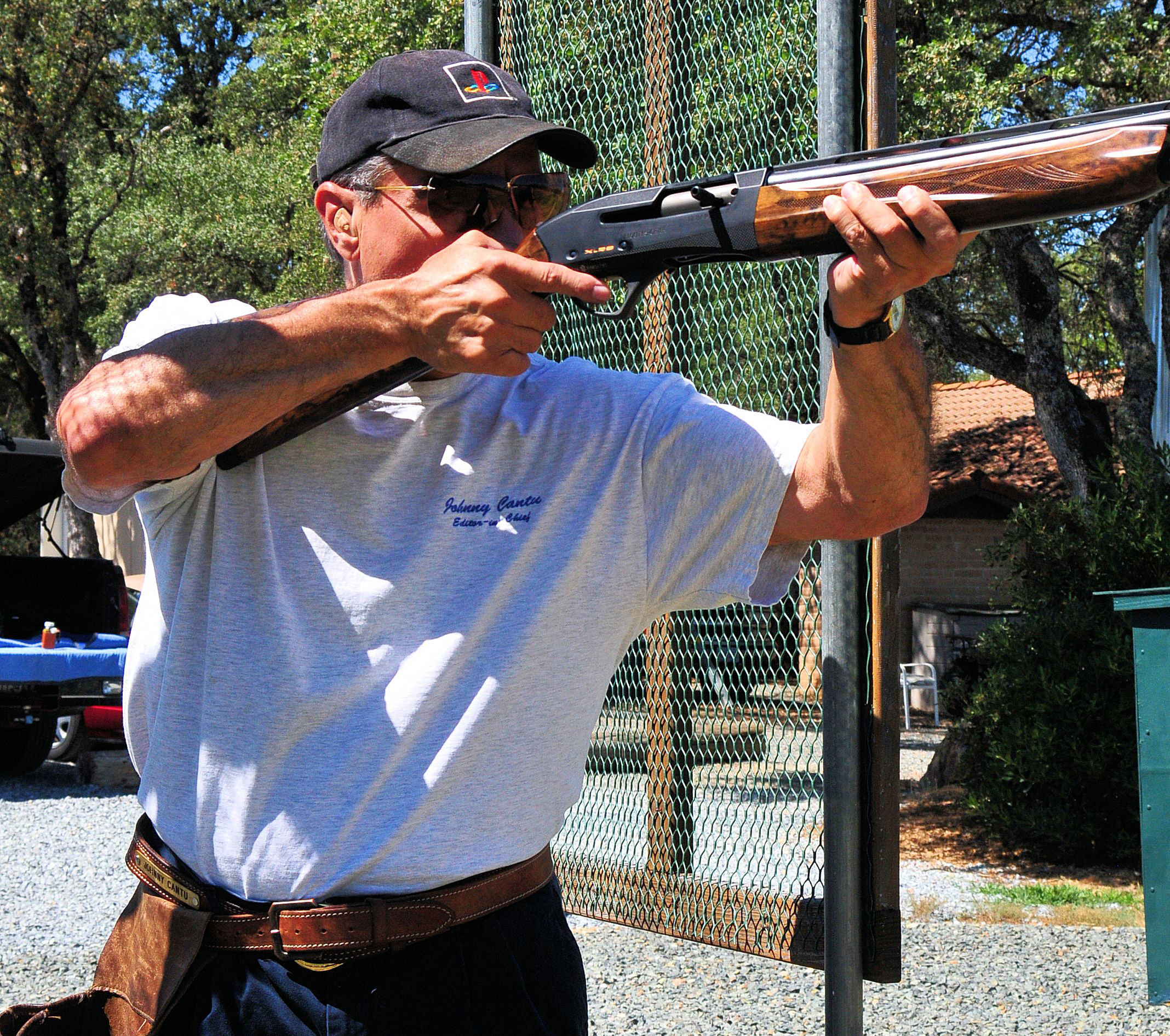 “All work and no play makes Jack a dull boy.”
—Karl Marx (among a whole host of others)

Recently I spoke to a high school shotgun team and their parents about the value of mental training. During that speech I mentioned practice should not be fun because it is supposed to be hard work. I used the example I mention a lot in this column, that shooting a round of skeet is not practice unless you are trying to learn how to shoot a round of skeet.

In the Q&A portion, a parent challenged me by pointing out his son was all smiles after he finished a particularly difficult but successful practice. My answer at the time was he was happy after the practice was over because he had succeeded in his goal, but the work itself was not fun. I’m not sure that satisfied him, but it does bring up a point about play and practice.

No matter how talented you are, if you want to improve, you have to practice. And, by practice, I mean you have to engage in activities that will enhance your abilities, lead to perfection and automate the basic skills you have. In addition, that practice has to be specific to the sport you play, and you have to put in a lot of time in order to gain the experience and ability to see the small details of your sport if you want to succeed.

Studies of master level athletes show they engaged in much more practice time from the ages of 6 to12 than those who don’t reach that level of expertise. The theory that came out of these observations, the Deliberate Practice Method (DPM), has dominated sports psychology for decades and leads to a number of coaching and teaching ideas that support the idea only this type of practice will lead to mastery.

Basically, DPM says you have to have quality practice that has high levels of repetition, immediate feedback (preferably from a coach), challenges that stretch but do not break, total focus, goals for each session and significant time devoted to each goal. The end result is a more effective athlete whose performance is much closer to perfection than those who don’t engage in this style of practice.

We all know this evaluation of the importance of practice is correct. There are limits, however, and for those of us who started the game as adults, they involve time and the real world.

Becoming an expert shooter required the amalgamation of many skills. At first, it seems like you “just have to shoot the thing” after you have been successful a few times with a shotgun. And, to be fair, at the other end of the skill ladder it is still “just shoot the thing”, but these are entirely different views of the problem.

Novices barely know “which end the bullets come out of” and are being taught to make sure that when they do, they aim at the intended target. Master level shooters have a different set of concerns, and their training reflects this. It’s the in-between we are talking about.

The hard fact is most of us are not going to reach master level. We started too late, and we don’t have the time to plan a strong deliberate practice regimen, much less follow through with one. Family, job, money and lack of talent all have a way of interfering with a dream to become a professional level shooter. But one fact remains, we love to shoot and we love to shoot in competitions. We can, on the other hand, become expert shooters.

There are somewhere in the range of 25 million golfers in the U.S., and there are about 25,000 PGA professional golfers. Between 400 and 500 professional golfers play on the major circuits, the rest teach. If my math is correct, you have a one in 50,000 chance of becoming a professional golfer if you start playing today. In reality, the odds are much worse than that. In order to reach that level of mastery, you have to start young, have a huge talent load, be coached almost from the start and persist through all the impediments that accompany being a professional. And then, you have a chance to eek out a living on the pro tour where only the top few make any money. You are much better off using your golf skills to further a business career. The same dynamic occurs with shotgun shooting. We just don’t have the statistics the golfing world does.

Being an expert is another thing altogether. My definition of an expert is different from most; it doesn’t include those persons at the very top of the curve (they are masters), but it does include anyone who has managed to automate the skills needed to compete in shotgun sports. Basically an expert is a good amateur shooter who can make all the shots required in the game of choice and may or may not have the potential to go on to the master level. At that point, you have the skills to make all the shots without thinking about what you are doing but have not developed the skills to do it in a match.

This is the point a mathematician would call the asymptote, that part of a curve that starts to parallel the top of the graph (the 100% limit), and progress toward that line becomes incredibly difficult. The closer it gets to perfection, the harder it becomes, and a lot of people find it is not worth the effort, even if they don't think of it in those terms.

There are about 7.5 million trapshooters in the U.S., and in 2015 the ATA named 260 (or so) All-American shooters. While this metric may not accurately state who the best shooters are, it is a small number, no matter what. The rest of us are experts, some of whom will become masters at some time.

The reason I mention this is mastery is very hard to achieve, but becoming an expert is more likely in the course of things. Most shooters who reach that pivotal level of expert do so through a combination of hard work (the deliberate practice model) and having fun. The latter is very important because those who study how people master sports have found that besides the above-mentioned early start, talent, coaching and hard work, those athletes were engaged in Deliberate Fun (DF.)

The studies showed persons who were at professional levels of hockey and basketball not only participated in an average of six sports as children, but they engaged in “street sports” or unsupervised versions of games that had smaller teams, no referees, flexible rules and generally no specific scoring. In other words, not only did they train for sports, but they had fun with them on the side, especially early in their lives. Young athletes who dropped out were found to have spent more time in deliberate practice and less time in informal play. It was felt those who engaged in deliberate play had more motivation and burned out a lot less than those who just practiced.

Play is very important in the development of athletes, including shooters, because it promotes intrinsic motivation, and it sets the way for long term and consistent activity in the sport. It all comes down to the reasons why you shoot in the first place.

We all know shooting is fun, even the worst shooter has fun trying to hit a moving target. And unless your talent level is very low, if you are introduced to shooting as a fun thing, you have the desire to continue. This is especially true of children who usually have not had societal pressures on them not to shoot. People don’t shoot competitively just to win, there is a strong element of fun and fellowship that permeates the sport. At some point, we realize our limits, and we make decisions about the cost of advancement vs. the other factors in our lives, including the fun factor.

So does this mean you are doomed to be in the same level of shooting the rest of your life? Only if you want to, but because there is a point after expertise in which advancement becomes much more difficult, you have to make sure you plan appropriately if you make the decision to try for better performance.

That small cohort at the very top of virtually every sport have a few things in common. They started early, they won the genetic lottery as far as talent goes, followed the deliberate practice model, and they remained motivated partially due to deliberate play. While there are exceptions to this model, the factors that bring this journey to its highest position are work and motivation. Hard work will not bring you to the highest rank if you don’t have the other factors mentioned. However, you will be able to achieve more than you think, and in a closed system such as shotgun sports, you can do very well, even reach master level because the performance ceiling is so well-defined. (After all, you can’t shoot a better score than a perfect one.)

Granted, most of us may not reach that level, but the limitations of the games dictate a lot of extra effort after the expert level has been reached can make it possible to be in that group at the top.

The problem is the work is much harder than experienced before, and the chance of burnout is much higher as a result. This is where the concept of deliberate play comes in. If you want to reach the highest levels of the game, you have to find a way to eliminate the errors and mistakes. One lost target makes a huge difference when shooting against other master level shooters. In order to attain complete concentration and focus, you have to practice for it and become more creative in training and dealing with match stress. In the process, you have to avoid becoming both burnt out and stuck in a rut.

One of the best ways to do this is just to shoot that round of skeet for fun or shoot another game or just shoot. At the levels I’m talking about, you are still exercising your automatic skills, but you also are allowing your brain to relax and become more creative. By shooting for fun and relaxation, you let your brain indulge in what is called hippocampal replay, a function that occurs in sleep and while relaxing. When hippocampal replay is in place, problems get solved (“just sleep on it” is another way to put it). And if you are shooting, the focus is more on being creative and improving.

Deliberate fun sounds odd, but it is a real thing. If you have aspirations to improve or just get out of a shooting rut, remember all work is not the best thing even though you do have to do the work. SS