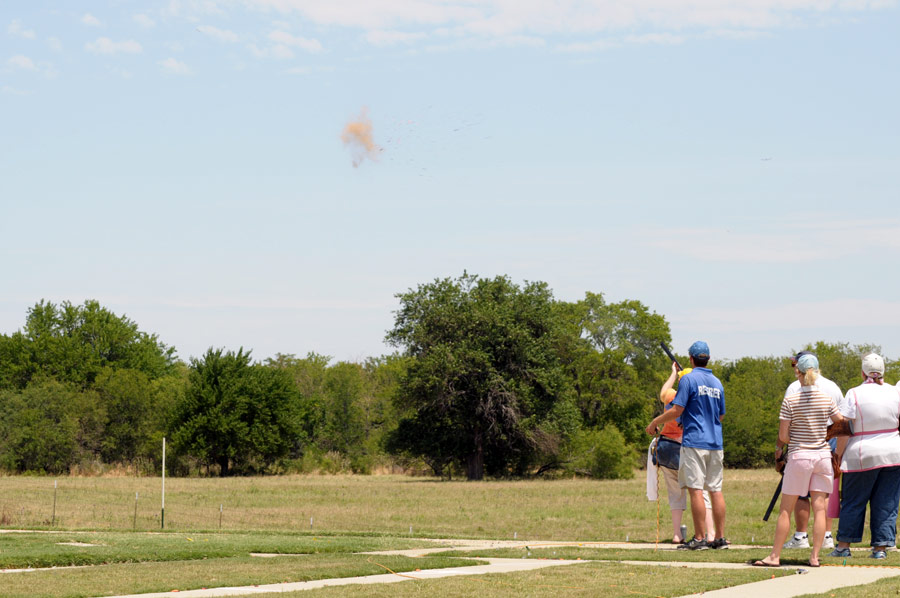 Now that I have started shooting sporting clays again, I’ve noticed that while I am getting better, I continue to make many of the same mistakes. My friend Dave has pointed them out to me, and we discuss the “right way” to take a shot afterwards. However, in the heat of things, I don’t seem to listen to my own advice.

I’m not the only one, of course. There are plenty of examples of shooters who go to a weekend school with a famous shooter who improve during the weekend and then revert to the old ways as soon as that person is out of their orbit. This is not restricted to shooters, I’ve seen it with tennis players, doctors, musicians and (especially) gamblers. What holds people back is a phenomenon called “Confirmation Bias”, something we all have and will always have to some extent.

Confirmation bias occurs because we tend to believe things we are comfortable with and have used as guides in our lives for a long enough period we are emotionally bonded to the concept. It’s not a deliberate plot on our part, rather it is a safe place to be, which often is in conflict with other ideas or even “reality” in the form of constant failure of the idea to work.

Confirmation bias relies on both our individual beliefs and the consensus of those around us. When challenged about our views, we tend to ignore anything that doesn’t comply with our beliefs and only accept data that does. We try to discredit that information or distance ourselves from it. Changing our minds becomes very difficult in this situation.

If someone came up to you and told you the sun would rise in the west today, you would probably have a hard time believing it. You would take this opinion and contrast it against all of your experience and the science you know and decide the person is probably lying to you or worse. That assessment would put you at ease, and the resulting lack of concern would make things better for you.

But, if you were born in an isolated community with charismatic leaders who told you the sun rose every morning in the west and then were told differently, you would have a reaction that was completely at odds with the one mentioned above. Facts would have much less effect on you in this case, and even a demonstration with a compass and the rising sun might be ignored in light of strong belief. The reason for this has to do with how we relate to the outside world, facts and our personal environment which also includes our social relationships.

A good example is the “controversy” over the Second Amendment. I can cite statistic after statistic, fact after fact, and logical conclusion after logical conclusion as to why 99.9% of gun owners are not going to go on a rampage and shoot innocent random persons as a reason why intrusive gun laws are illogical. As readers know, this has no chance of changing the minds of those who want to take guns away (the only final logical conclusion of the proposed anti-gun policies). The driving force is not logic, it is fear.

In this case, fear continues the confirmation bias (“guns are scary”). But, if you look at the concealed carry laws, not scary enough for any state to ban them because fear alone is not enough to change people’s minds.

Since I am preaching to the choir about the Second Amendment, I’ll get a little more practical and look at how confirmation bias affects shotgun shooters.

Shotgun shooting has a few basics. “Head on the stock, eye on the rock” incorporates most of them in their simplest form. A good solid mount (implying good footwork) and awareness of the target (along with lead, black box/brain computations) are the basic endpoints that all shooters strive for. In order for them to be successful, the basics have to be consistent and accurate. Often there is conflict with other ideas that seem to prevail while trying to achieve this end state. A lot of these are the result of confirmation bias.

We’ve already established confirmation bias is not fact-based. Those that study it have come to the conclusion it is much more based on non-logical and emotional factors, which also describes how many shooters learn to shoot in competition. The other thing about confirmation bias is that what you are biased towards is not necessarily wrong, it may just be inefficient.

Prior to World War II, battleships were considered to be the be-all and end-all of naval warfare. This was a worldwide belief, all due to a man named Alfred Thayer Mahan, who in 1890 wrote a book that stated sea power made countries great, and the battleship was the ultimate fighting ship.

As a result, an arms race started with countries trying to build bigger and bigger dreadnoughts. In the meantime, the United States started fooling around with aircraft carriers, the first being developed in 1911.

Then Pearl Harbor happened. The Japanese assumed if they destroyed our battleship fleet in the Pacific, the U.S. would sue for peace and pull back. Midway changed all that and, from that point on, the aircraft carrier ruled the war in the Pacific.

The facts were all there. Admiral Yamamoto knew we had aircraft carriers, and we would eventually outspend and out-produce Japan if this raid failed. He used aircraft carriers to carry out the raid, yet the world didn’t really see the advantage of air power until Midway because they were still in thrall of Mahan’s theories.

World War II history aside, the same thing happens with us when we learn to shoot. Many of us carry biases into the learning part of shooting — we often have no guides other than common sense and prior experience — which leads us to look at the front bead when we shoot, to stop and shoot (and not follow-through) and to mount the gun imprecisely allowing our head position to change with each shot. All because we probably shot a rifle first (and even then may not have gotten it right). For a variety of reasons, we have had success shooting moving targets, and that success is often an impediment to improvement because, after all, we hit the target.

As part of my attempt at relearning sporting clays, I reviewed several coaching DVDs on the subject. An advantage to not shooting for a while is I am less emotionally attached to the sport because I am not competing. One of the first things I noticed among these DVDs was that each one taught a different way of shooting. The other thing I noticed was a focus on little details, which taken by themselves seemed innocuous, but as a group made a big difference in performance.

Details such as absolute consistency in mount, using the same head position, looking only at the target, gun fit and keeping ahead of the target in starting position were consistently there even though the teachers emphasized different methods. On the other hand, equipment (other than fit), choke selection and ammunition were not focused on other than to acknowledge the sponsors of each teacher (and to get you to come to their seminars or sales rooms).

While these details seem obvious and are acknowledged to be so, many shooters fail to follow-through by making these changes and fall back on the “old way” under stress, which may work but is not the most efficient.

Old ways are what slot machine players use as their excuse for continuing. Those pesky facts tell you the odds of winning are small, but gamblers will tell you about the big jackpot they won while ignoring the overall costs to them. Shooters have a chance to use well-researched methods to improve their performance if they practice and automate the little details that count, but only if they can overcome the strong emotional and habit-based inaccuracies. The question is how do you change?

Studies have shown fear is not the best way to change confirmation bias. Logic usually doesn’t work well, either. Fear works when people are stressed out or when we try to get someone not to do something, but positive motivations work much better when the changes benefit you.

In the case of improving your shotgun performance, this requires a leap of faith on the part of the shooter and a lot of work to automate a new technical change. The reward comes when performance improves (usually monitored by score, but score is not performance), and we get pleasure from that change. Then we have to translate performance change in practice to change in matches, which may take time. In the meantime, that leap of faith has to sustain us.

The best way for a leap of faith to work is to have it work in the past. If we trust our system and we have a working knowledge about what we have to do in order to improve, we will improve. Knowing that enough effort is worthwhile is what drives those at the top and bottom of the scale because they can see the changes. In the case of the elite shooter, this may seem small, but the overall result meets very high goals.

Having a plan, encouragement by coaches and friends, good practice goals and a host of other ways to add positive feelings to practice are all in the mix to make changes in spite of confirmation bias. We don’t make changes because doing so is logical, we have to have positive emotional rewards when we do so. Implementing a change is not that hard, it just requires focused, deliberate work. Making a change is the hard part. SS