How To Fix Shooting Slumps 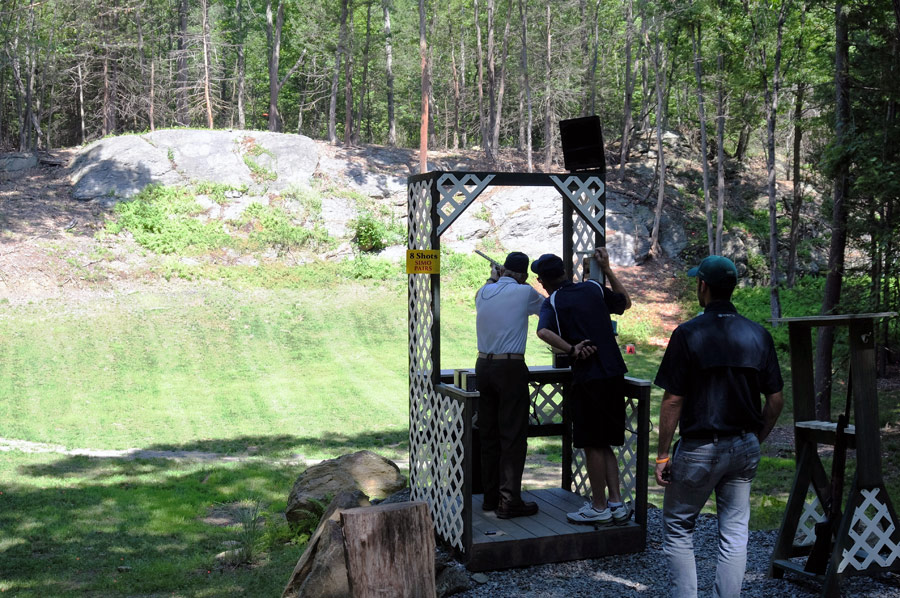 One of the most effective ways to lift yourself out of a slump is take time off from your primary clay target discipline and begin shooting another game. If skeet is your main discipline, a game like sporting clays will force you to pay close attention to the rules of the game, the different hold and look points and the reasons why they are what they are. However, if you shoot trap as your primary game, you might want to consider skeet as the new game. Skeet and trap share enough similarities that the new game can quickly become comfortable and challenging at the same time. 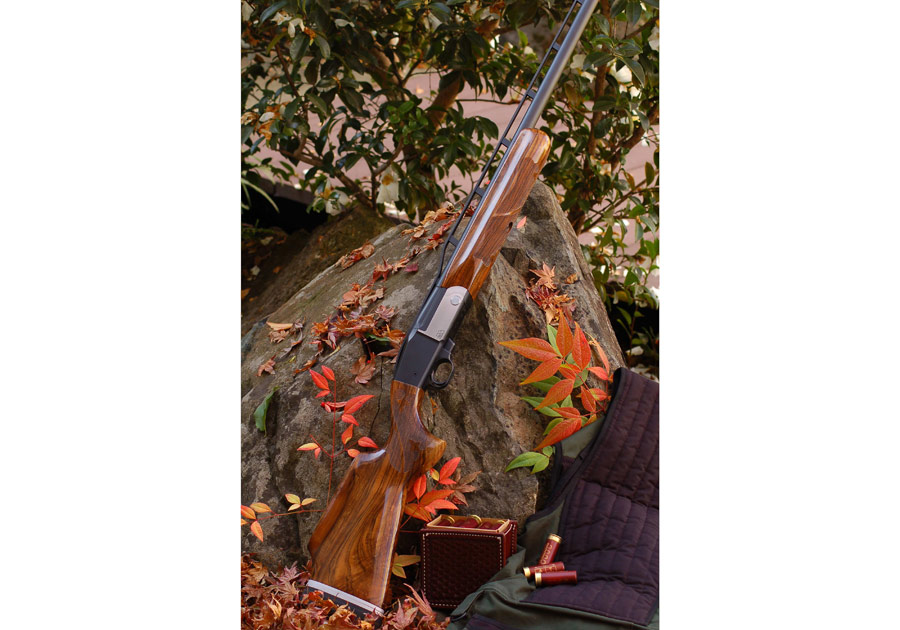 How To Fix Shooting Slumps

It needs to be clearly understood by all shooters that there is no proven fix, cure or shortcut guaranteed to end a shooting slump. Over the years I have spoken to, and worked with, countless shooters who have shared with me what they did to eventually put an end to the shooting slump they found themselves in.

Since my previous article identified that the majority of shooting slumps are the result of burnout related to goals, the most obvious cure would appear to be re-evaluation and re-setting of one’s goals. Unfortunately, while this may appear to be the correct solution, it is not always that simple. Re-evaluation and re-setting of one’s goals, after the slump has ‘set-in’, will usually not be enough to ‘pull one out’ of a shooting slump. Even the shooter who re-examines, re-evaluates and re-plans his goals can still find himself ‘just going through the motions’ without any improvement. Therefore, re-examination of one’s goals should be combined with other activities as a way to end the slump most quickly. The intent of these other activities is to spark and ignite the “new” goals. Here are some other things that will help a shooter to do this.

One of the most effective ways for a shooter to lift themselves out of a shooting slump is to allow the mind to release itself from their primary clay target game and submerge itself into a new clay target game. One way this can be done is by spending some time learning and working at a different game. For example, trapshooters who find themselves in a slump may be wise to take up skeet shooting or sporting clays. One advantage to taking up skeet shooting is the similarity between skeet and trapshooting. The similarities include starting with the gun mounted and identical course of fire from range to range, etc. This similarity allows shooters to continue to reinforce many of the fundamentals of their primary game (trap) while still allowing the mind to learn those aspects of the new game (skeet) which are unique.

While this may be seen as an advantage, it can also act as a disadvantage in that the games are so similar and it is too easy to fall back into the same old routine in the new game. Therefore, by learning to shoot sporting clays, a game very different from trapshooting, shooters force their minds to learn an entirely new discipline. This will require the mind to concentrate on new concepts and techniques. For this method to be effective, shooters must become genuinely interested in the new game and thrive to be skilled at this new game. That is, shooters cannot be shooting the new game and treating it like a punishment, mentally wishing they were shooting their primary game, and waiting for something or someone to let them know it is time to return to their favorite game.

Another very effective way for shooters to lift themselves out of a shooting slump is to change equipment. The most practical and effective way to do this is to start shooting a different gun. By taking this approach, the shooter is forcing his or her mind to concentrate on the basic shooting fundamentals as they physically adapt to the new equipment (i.e., the different gun will feel awkward thus demanding the shooter’s mind focus on getting used to that gun). This is why vendors at a big shoot sell so many guns where shooters can ‘try’ a gun before they purchase it. When shooters pick up a shotgun that is foreign to them, they concentrate harder on each of the four fundamentals — position, mount, vision and movement — than they normally would because they recognize that, with a different shotgun, even the slightest deviation can result in lost target. As a result of this increased concentration, a shooter oftentimes winds up with a high score and then is convinced this is the gun he must have.

Ultimately, the process of learning a new gun will hopefully have the effect of breaking down what was causing the shooting slump to exist. After some period of time, a shooter’s performance with this different gun will start to increase. It is at that time the shooter can either continue to shoot this different gun or go back to his or her original gun. If the shooter does decide to go back to his original gun, there will again be a ‘break-in’ period, whereby the mind is forced to again concentrate on the fundamentals. However, this period is usually short in duration and often very comfortable, similar to the feeling of putting on a pair of very comfortable, broken-in shoes that have not been worn for a while.

While not as effective for curing a slump as the other two methods described above, shooting at a different range/club does work for some shooters. By submerging oneself in a strange place, the shooter will have new and dissimilar things to think about, such as which fields are most affected by the sunlight, from what direction does the wind come, etc. These new and dissimilar things will force the shooter to concentrate more on the shooting fundamentals. Also, by shooting at a different range/club and with individuals who are not familiar faces, this will give the shooter the chance to spend more time by himself whereby he can re-evaluate his goals, meet new individuals and expand his social shooting circle. This approach is best for the shooter who does not wish to get used to a different gun or take up a different game. However, this approach may not be as effective and may leave one in a slump much longer.

Another action a shooter in a slump might do is to take a shooting lesson from a qualified shooting instructor. You may recall from my prior article on why shooting slumps occur that I defined a shooting slump as for no discernible reason your scores drop significantly below your average and no matter how many rounds you send downrange or how many small things you change, the result is still the same — a poor shooting performance. I noted 99% of the time unexplained shooting slumps occur as a result of shooter burnout. Well, there is that 1% of the time it is not due to shooter burnout but instead to something physical. Many physical consequences of not applying the fundamentals are obvious and can either be seen by others (such as when a shooter lifts his head off the stock) or the development of a bruise.

But many physical things are not obvious or easy to detect. For example, a shooter may have developed an occasional eye-dominance shift that occurs during the shot. The result for a right-handed shooter is he shoots 3' to the left of the target. And, when this occurs on an intermittent basis, it is extremely hard to detect. Another example is when a shooter develops a ‘false follow-through’. This is when a shooter stops moving the shotgun when the shot is taken then immediately resumes his movement. A “qualified” shooting instructor should be able to identify these and other obscure issues which are resulting in lost targets and low scores.

The last and final option is taking a break from shooting by taking some time off. The good news with this method is it is almost 100% effective. The bad news with this method is it is almost 100% effective. In fact, it is not uncommon to hear shooters describe how they shot their best scores ever after taking some time off. Therefore, it is very tempting to jump to this method immediately. However, the problem with this method is there is no way to determine exactly how much time off is needed. For example, if a shooter who shoots every weekend finds himself in a slump and decides to take some time off by skipping one or two weekends, is that enough time to cure the slump? For one shooter it may be, but for another shooter it may not. One shooter may need to take a month off while another shooter may need to take six months off. It is best to try to think of this approach like this: if an individual ate his favorite meal every day for breakfast, lunch and dinner, after awhile he would no longer look forward to eating that meal. But, after not eating it for some time, an individual would start to crave it. Then when he does eat it again, it will taste better than ever. For the shooter taking some time off, enough time off needs to be taken such that when the shooter starts up again, butterflies are again in the stomach because of the anticipation and excitement. This is a good indication that enough time has elapsed.

My own shooting slump story goes like this. I started shooting ATA after years of shooting International trap, so while many of my friends were shooting from long yardage I was in the short and mid-yardage groupings. My goal was to get to the 25-yard line so I could be squadded and shoot with my friends. I got to the 24.5-yard line quickly but was trying so hard to get to 25-yard line, I ended up in a shooting slump. Moreover, it seemed the harder I trained and more diligent I practiced, the lower my overall average would creep. As luck would have it, I went off to graduate school and was unable to shoot for a while. Then, while I was still in school, a shooting friend called me up and asked if I could shoot on the upcoming Sunday. As it turned out, I was between classes and actually had a weekend off, so I went and shot the handicap event that Sunday. Since I knew I was quite rusty, I paid extremely close attention to the fundamentals on every shot and walked away with a 98x100, thus landing me on the 25-yard line where I could then shoot with my friends. Therefore, while I was forced to take the time-off approach, it did in fact get me out of that shooting slump.

If you find yourself in a slump, whichever method you choose to get out of it, be diligent about your resolve and you will be successful. SS